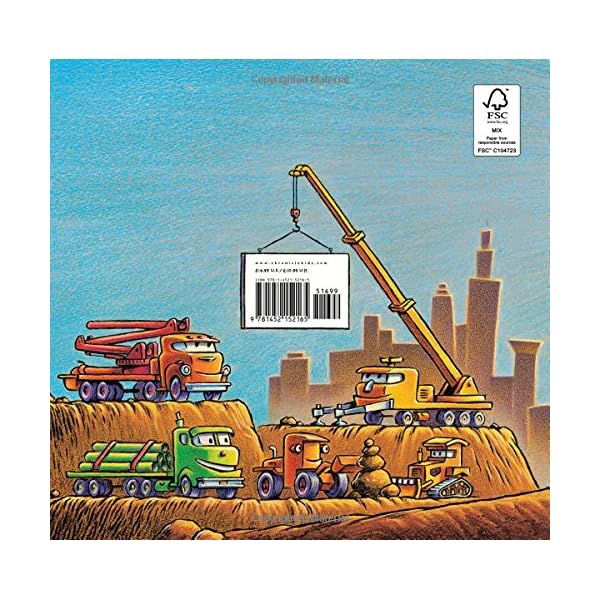 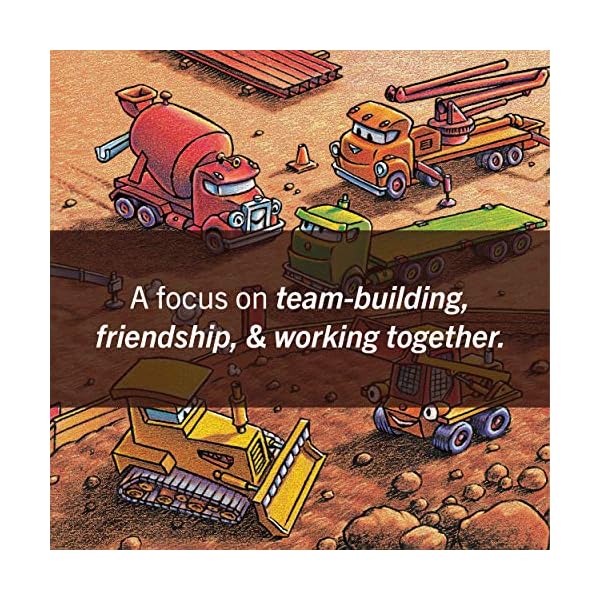 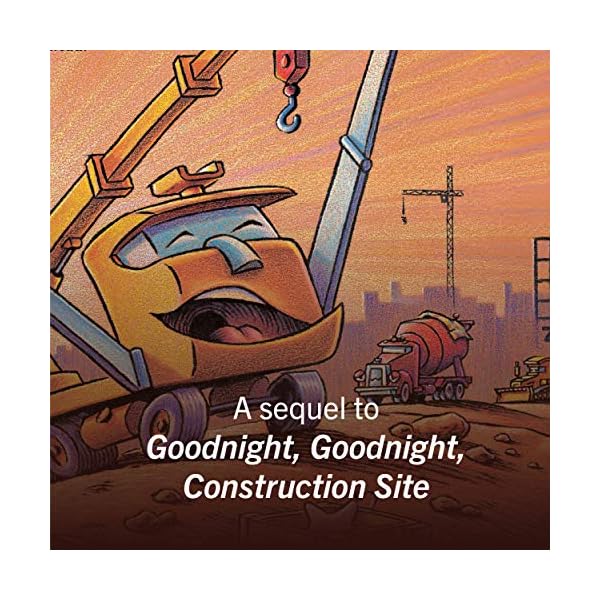 PreS-Gr 1—In this follow-up to the wildly popular Goodnight, Goodnight Construction Site, the trucks are back, working together to get the job done. This task is a bit too big for the old crew, though, and some new friends make an appearance, including a skid steer loader, a backhoe, a flatbed, a pumper truck, and a front-end loader. Fans of the first title, and vehicle lovers in general, will adore this story that’s perfect for reading anytime of day. Filled with vibrant illustrations and rich vocabulary, this rhyming tale is sure to make readers grin as brightly as the smiling vehicles in the book! VERDICT A solid addition for storytimes and one-on-one sharing. Expect high circulation.—Emily E. Lazio, The New York Public Library

“A concrete example of cooperation and teamwork.”–San Francisco Chronicle

“Truck aficionados and gear jammers everywhere are going to be sold on this fully loaded book.”–the Children’s BooK Review

“This book’s celebration of teamwork feels like the bombastic opening number of a musical.”–The New York Times

“Sure to be a hit.”-Kirkus Reviews

“People will be revving their engines to get their hands on this sequel.”–Booklist

“Kids who love vehicles will delight in this vibrant sequel spotlighting each truck’s contribution to a team effort.”–Common Sense Media