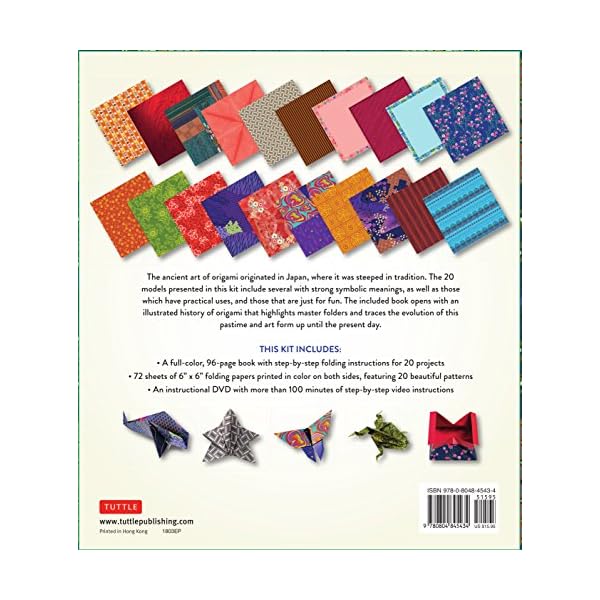 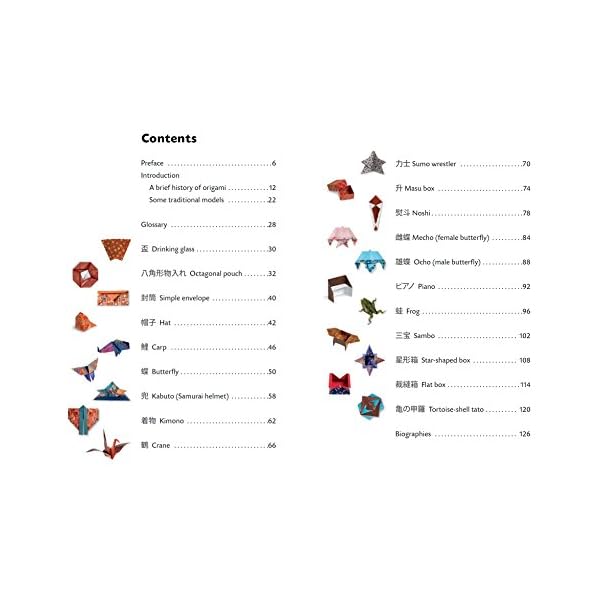 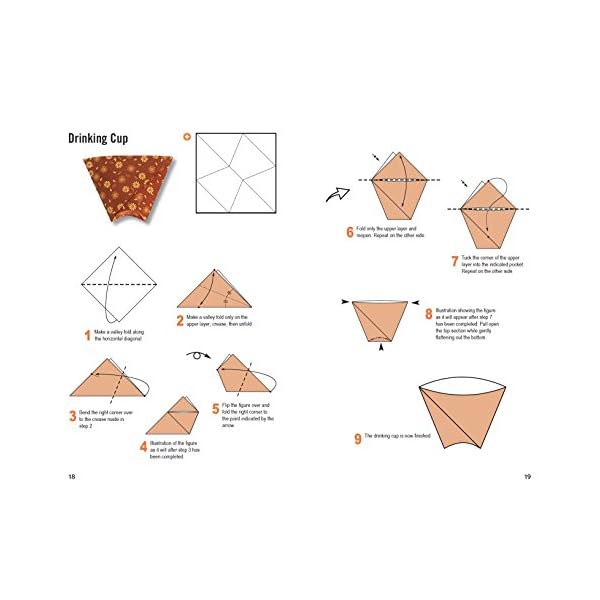 “Japanese Origami for Beginners comes with everything you need to venture into the world of paper folding…Each project includes step-by-step illustrated instructions that you can follow. The instruction book starts you off with easier projects. As you learn different folds, you progress to more challenging projects. They’re fun and the end result is beautiful works of art.” —Pausitive Living blog

“Beginners simply cannot go wrong! Boxed kit includes a 96-page booklet and DVD instructions for 20 classic origami models plus 72 sheets of colorful folding paper, both patterned and solid 6″ x 6″. Choose from diagrams with text and/or a professionally made DVD to lead you clearly through the folding sequences of each origami model. The DVD menu lets you skip easily from project to project. Crease patterns, the lines left on a piece of paper when you unfold an origami model also serve as a guide to how each model is made. A variety of engaging folds rich in symbolic meaning.” —Handmade by Deb blog

“I would highly recommend giving this kit as a gift to someone crafty that is interested in learning beginning origami. The box has a beautiful design and gives the kit an upscale look. The cost of the kit is very reasonable and contains everything needed to get started.” —About.com

Vanda Battaglia, born in Bergamo, Italy in 1958, has been an associate of the Centro Diffusione Origami (CDO) organization since 1999, and a member of the board since 2009. She is also involved with “Bergamorigami,” a group that promotes local origami exhibitions. She specializes in miniatures and jewelry, and her creations have been included in numerous shows.

Francesco Decio, born in Bergamo, Italy in 1956, has been a member of the board of the Centro Diffusione Origami (CDO) organization since 2001. He has edited various publications and designed many models for the CDO. He has participated in premiere origami events in Italy and abroad.

Foreword Writer:
Sam Ita lives in Queens, New York. Having studied graphic design at the Pratt Institute in Brooklyn, he began working as a paper engineer and creating pop-up books. Taking his inspiration from comics, origami, and various other sources, he has applied his talents to publishing, advertising, animation, and toy design. He is noted for his pop-up adaptations of such famous novels as Moby Dick, 20,000 Leagues Under the Sea, Frankenstein, and The Odyssey.

Photographer:
Araldo De Luca, who lives and works in Rome, is one of the most highly esteemed art photographers in the world. He complements his visual-narrative language with the skillful use of lighting and has created a collection of about 80,000 superior art images. He has published more than 30 photographic books in various languages throughout the world including the bestselling The Treasures of Ancient Egypt.